In honour of the upcoming Easter holidays, here’s a short list of movies to help celebrate. While most of these movies are not directly Biblical (I left out the obvious choices, like The Passion of the Christ), they are all either allegorical, make strong references to the life and characters of Jesus, or otherwise explore the teachings of Jesus as a central part of their plots. 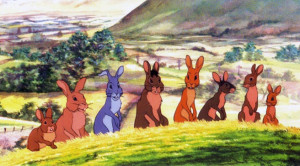 This movie is included on the list for mostly one reason: bunnies! Based on the book by Richard Adams, this dark adaptation follows a small group of rabbits who abandon their warren inspired by the vision of Fiver, one of the warren’s members, and follows them through their trials and adventures in order to find and establish a new home. Although Adams insists Watership Down “was never intended to be some sort of allegory or parable,” this story contains strong allusions to exoduses and even the fascism of Nazi Germany. The film (and book) interweaves the rabbits’ search for a new life with their own mythology and spiritual beliefs making this more than just a little tale about fluffy bunnies, but an epic quest about freedom and trusting the mystical realm.

The Chronicles of Narnia: The Lion, the Witch, and the Wardrobe (2005)

Based on the second book in the Narnia series by C.S. Lewis. Lewis may now be a famous Christian apologist, but from the age of 15 to 29 Lewis was an atheist “angry with God for not existing.” And his experiences in the trenches during WWI only strengthened his convictions in a godless world. However, influenced by the writings of G.K. Chesterton and his friendship with staunch Catholic J.R.R. Tolkien, Lewis went on to write several Christian treatises, included The Problem of Pain, Miracles, and the famous Mere Christianity which was a transcript of a series of talks on BBC radio. In his fiction, if C.S. Lewis was anything, he was a strong allegorist. The Chronicles of Narnia heavily relies on Christian parables, the life of Jesus, and even the Book of Revelations. In The Lion, the Witch, and the Wardrobe, Lewis draws most heavily on the death and resurrection of Christ. While I would strongly recommend reading the series, this is a charming adaptation and its best feature is Liam Neeson playing Aslan. 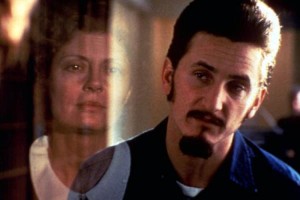 Probably on my mind because I wrote about it last week, but this movie is absolutely at home on this kind of list. Dead Man Walking is the story of Sister Helen Prejean (Susan Sarandon), who becomes the confidante and spiritual advisor to Matthew Poncelet (Sean Penn), a convicted rapist and murderer on death row. Throughout the film Helen finds herself constantly challenged by those around her, and even those in the church, for her support of Matthew. This is a courageous movie that proves wanting to follow the example of Jesus is a nice thing to say, but an entirely different thing to do.

One of my most favourite movies, written and directed by the wonderful Terrance Malick. Like Dead Man Walking, The Thin Red Line is an extended meditation of what it really means to love thy neighbour. Through the lens of the Pacific Theatre of WWII, The Thin Red Line looks at the possibilities of love even in the midst of war. Many of the characters struggle with how to maintain their humanity, while others clash with authority figures around them for their acts of love, proving again, that love can be the most rebellious act in the world (I recently wrote an article about Malick’s The New World which explores this very thing). 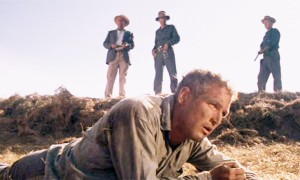 I had to put something a little left-field on the list. Cool Hand Luke is one of Paul Newman’s most famous roles, he plays Lucas, a prisoner in a Southern chain gang who refuses to conform to the sadistic warden’s rules. He becomes the inspiration for his fellow prisoners as he continually defies authority by escaping. It’s a little more subtle, but Cool Hand Luke is full of allusions to Jesus, drawing on the theme of persecution. 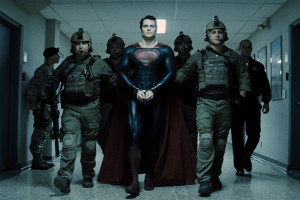 Man of Steel is a reboot of the Superman franchise and explores his origins. Superman is a quintessential Messiah figure in modern culture, and so there are plenty of allegorical references to Jesus here. I’m not the biggest Superman fan, I have to admit, but I adored this movie for the warm performances of Kevin Costner and, especially, Russell Crowe, as the adoptive and biological fathers of Clarke as they help him navigate his relationship to humanity, how to love those who persecute him, and his potential to save the world.

Another one of my most favourite movies ever. The Matrix follows computer hacker Neo (Keanu Reeves) as he searches for the answer to the question “What is the Matrix?” which leads to a revelation that shatters the nature of reality. Perhaps a little light on the “universal love” teachings of Christ, Neo’s evolution in the film directly correlates with the life of Jesus, from baptism to resurrection. Despite the fact that this is an action movie, The Matrix is a deeply spiritual film and references not only Christianity but many of the world’s religions, and has a real and unique point of view about the relationship between our individual identity and the transcendent.