Who needs Times Square, Waterford Crystal or a fancy cocktail party! In case you’re planning on staying in this New Year’s Eve, here are a few of my favourite New Year’s movies. 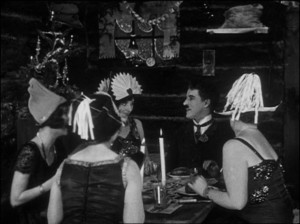 If you’ve never seen a Charlie Chaplin movie, you really should go out of your way to do so. City Lights and Modern Times may be more famous, but The Gold Rush is equally delightful. Charlie, The Prospector, heads for Alaska – during the Gold Rush, of course – in search of his fortune. On New Year’s Eve, The Prospector throws a party for his gal and new friends. 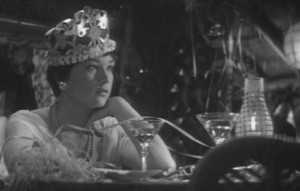 Equal parts comedy and tragedy, The Apartment stars Jack Lemmon as C.C. Baxter who’s looking to boost his career prospects by loaning out his apartment to his bosses so they can entertain their mistresses in secret. It’s all a laugh until Baxter finds himself falling in love with one of his boss’s girls… New Year’s Eve in the film brings not only revelations and a “new start” for our main characters, but what’s often glossed over on New Year’s Day: the fallout.

One of the best disaster movies from the cycle of them during the 1970s, The Poseidon Adventure is about the aging S.S. Poseidon on her last passage when on New Year’s Eve an underwater earthquake causes a giant wave to capsize the ship. The film follows the surviving passengers and crew, led by Reverend Scott (Gene Hackman), a preacher who’s been questioning his faith, making a frantic effort to escape the dangerously unstable ship before it sinks. The transition from old to new is a major theme in the film, symbolized by the ship itself, an old, fading wonder struggling in the modern era. For fun, keep track of the age of those who ultimately survive.

The Poseidon Adventure was remade in 2006 as Poseidon if you’d prefer an updated version, but I highly recommend the original. 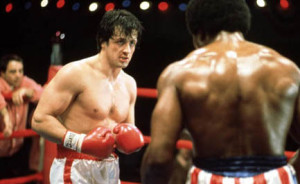 A small-time boxer in Philadelphia, Pennsylvania, Rocky Balboa (Sylvester Stallone), is given a rare opportunity to fight heavy-weight champion Apollo Creed on New Year’s Day. As New Year’s is the time of year we project our wishes for ourselves and our lives, Rocky is a perfect New Year’s movie: the famous training sequences are a great kick in the pants for anyone wanting to get pumped up about their resolutions, but particularly because the crux of the film is a man’s transformation towards self-respect, rather than glory. Not to mention that Rocky manages to transform himself in time for New Year’s and doesn’t need a resolution at all. 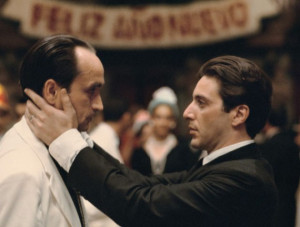 The sequel to The Godfather, Part II follows Michael, newly head of the Corleone family, as he revolutionizes and expands the family’s operations to Nevada. The film interweaves Michael’s modern bids to increase the family’s power with flashbacks to his father, Vito Corleone’s (Robert De Niro!) early years and how the Corleone “family business” came to be, drawing how both men are alike and different. A New Year’s Eve party in Havana brings the film’s most iconic moment (and, after the horse head, likely the most well known scene from the trilogy), and as New Year’s symbolizes the passing away of the old for the new, this is the critical point at which Michael veers sharply, and forever, from his father’s footsteps.