This is the second half of the first term of my Introduction to Film class.

You can jump to another section here: Part 1, Part 3, Part 4 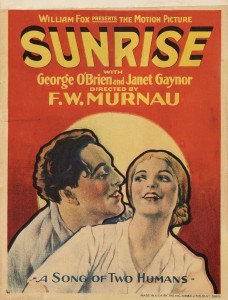 This week we started our look at editing, beginning with continuity editing which is the overwhelming standard in mainstream film. We began by defining the different types of shot transitions, or “edits”: cuts and cut-ins, fade outs/fade ins, dissolves, and wipes. We talked about the 4 basic areas of choice and control in editing, in other words, the reasons or motivations behind the decisions about where to place edits:

We then moved on to editing patterns, including crosscutting, elliptical editing, and the common kinds of shots which support continuity, such as establishing shots, re-establishing shots, and reaction shots. Taking a wider look at continuity techniques, we learned about the axis of action (or the 180-degree rule), and how shot/reverse shots adhere to this rule, the establishment of coherent space, screen direction, reframing (adjustments for character movements), single shots, two-shots, over-the-shoulder two shots, eye-line matches, point of view shots, and match-on-action edits. We also briefly went over other continuity techniques such as cheat cuts, temporal continuity, temporal ellipsis, and montage sequences.

The reading covered the different kinds edits and went into a lot of detail about graphic, rhythmic, spatial, and temporal relations between shots. There was also a close reading of the classical Hollywood film His Girl Friday and how continuity its editing creates a sense of pace and speed. 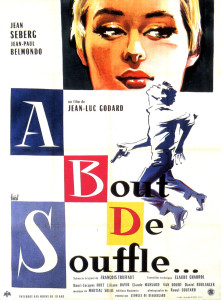 We continued our look at editing this week by learning about alternatives to the continuity system and talked at length about the differences of affect between continuity and discontinuity editing. In the continuity system, editing aims to give a “natural” feeling diegesis (film world) and tries to be “invisible,” whereas discontinuity deliberately creates an “unnatural” feeling and attempts to dislocate our sense of space. Discontinuity editing intentional calls attention to itself with the aim of encouraging a certain activity on the part of the viewer to question those choices and analyse what the filmmaker is trying to say. We specifically learned about the discontinuity techniques of jump cuts and nondiegetic inserts. Finally, we were introduced to the French New Wave and Soviet Montage, both of which were film movements where discontinuity editing played a major role in their style and ideology.

The reading covered discontinuity techniques and examples and included a close reading of A bout de soufflé, and sections about Soviet Montage and the French New Wave movements. In class we screened the Odessa steps sequence from Battleship Potemkin – an example of Soviet Montage – and compared it with the train station step sequence in The Untouchables (which was directly referencing and, to an extent, recreating the Odessa step sequence). We also watched the montage song from Team America. 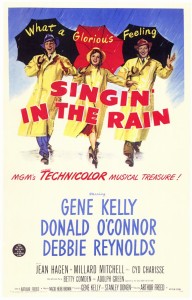 For week 10 we dove into sound. We covered a lot this week and started with a brief overview of the history of sound in film. We talked about the definitions and differences between direct sound, postsynchronization, dubbing, and mixing. We moved onto the types of sound in film:

The temporal dimensions of sound are:

Finally, we talked about the functions of sound:

The reading covered the properties and functions of sound. We also read a short section about the history and conventions of the musical, and a section about how the initial introduction of sound affected production practices in Hollywood. 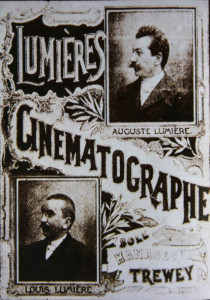 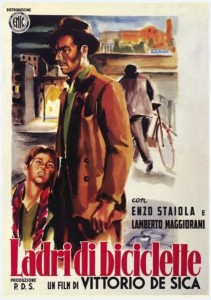 We started our look at style this week by talking about realism. Film is both objective (as a mechanical recorder of events, faithful to the external world), and subjective (it is stylized, artificial, expressive of the imagination and can penetrate the private, mental world). Realism is a style which closely resembles what is real, is faithful in its representation of reality as we know it, but it does not replicate reality. Realism can be objective (towards the recognizable surface reality) and/or psychological (faithful to human behaviour). But it is no less artificial than something which appears to be more constructed. Later on in my film classes we made the differentiation that realism is an aesthetic style NOT an ideology in and of itself (I add all the emphases because at the time I was in film “gritty realism” was a term that got batted around to describe movies as if it made them somehow intrinsically more truthful than others, which it does not). We also spoke at length about the limits of realism:

We also talked briefly about the history and conventions of Italian Neo-Realism and watched The Bicycle Thieves as an example. We also watched several of the Lumière brothers’s films which were very early examples of film and are documentary-like, capturing for example, workers leaving a factory at the end of the day. We also looked at the D-Day scene from Saving Private Ryan as an example of realism (even though, obviously, it was HIGHLY stylized and staged – luckily for the actors), and talked about why realism was the chosen style within the context of the film. 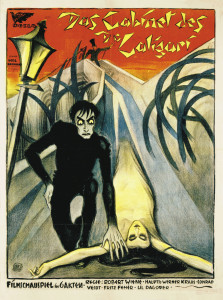 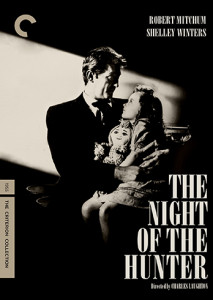 We continued our look at style with formalism. Formalism describes films which deliberately stylize and distort, reform, and ultimately comment upon the real world. It’s important to realize that no film is an absolute example of realism or formalism, and all films range on a continuum between realism and formalism. Some examples of heavily formalized film types we discussed were: Surrealism, German Expressionism, Futurism in Italy, and Constructivism in the Soviet Union. We screened The Cabinet of Dr. Caligari as the penultimate example of German Expressionism and briefly discussed the historical origins of the style. We also watched The Night of the Hunter which uses many formalist techniques to incite a sense of dread.

Whether realist or formalist, several questions to think about while watching a film in terms of its style are:

The reading this week covered German Expressionism and a short synopsis of the development of realist and formalist techniques in early Hollywood films.

Week 13 – Summing Up with Kane 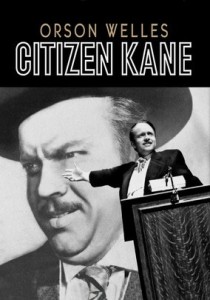 Because you just can’t take a first year film course without running into Citizen Kane. The first term of the course was heavily weighted towards learning the technical elements of film and narrative structure, and in the second term we shifted into specific ways of grouping films for interpretation, for example, by genre, historically, by gender, nation, style or authorship, and were less “element”/technique focused. But, before that, we reviewed all of the technical and stylistic elements of film by watching and analysing Citizen Kane (which is routinely regarded as the best film ever made). For our discussion about realism and formalism, Citizen Kane stands as an example of both: its narrative structure is mental subjectivity objectively rendered.

In the reading was a short analysis of Citizen Kane, both of this narrative structure and the formal elements used in the film.

Well, that wraps up the first term of the course.

You can navigate to any other section of the series here: Part 1, Part 3, Part 4