In case you’ve ever wondered what a first year film course is like and what movies you might watch, this is the syllabus from my Intro to Film class at the University of Western Ontario with a short summary of what we learned each week. Just to give you an idea of the kinds of things you cover in a first year class and potentially to give you a framework if you’d like to pursue learning more about film on your own. I’ll be posting the syllabus in four sections to avoid this becoming overwhelming.

In the reading section, BT (for Bordwell and Thompson) refers to the textbook Film Art: An Introduction, the 7th edition, by David Bordwell and Krstin Thompson (it is currently in its 10th edition). And Hayward terms refers to Cinema Studies: The Key Concepts, the 2nd edition, by Susan Hayward (which is currently in its 4th edition). Both are wonderful, though I specifically recommend Hayward’s Cinema Studies as it’s a comprehensive, dictionary-styled list of film terms which can be easily referenced and goes into quite a lot of detail about most topics.

You can navigate to other sections of the series here: Part 2, Part 3, Part 4 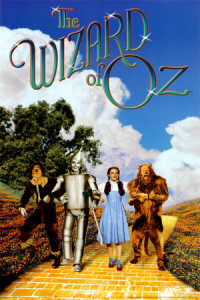 In our first week we focused on understanding films as systems of meaning which use signs and symbols as their language. Films – and all narrative mediums – are myths: a way we understand and interpret reality. We also focused quite a bit on how signs are culturally specific – for example, in the West which is predominantly Christian, we are familiar with the fish being a symbol for Jesus, but this association isn’t necessarily something audiences in non-Christian parts of the world would make. This is important because film is a mainstream medium, and it can (and often does) represent (literally, re-presents) the ideology, beliefs and thought system, of the ruling class. We looked at how The Wizard of Oz imparts meaning visually, using matching shots, the contrast between the sepia Kansas and colourful Oz to underline the importance of leaving home, walking your path, facing fears and the unknown, and how this could be interpreted as an “anti-isolationist” message to the American people.

The reading this week covered the basics of how cameras work – how film creates “apparent motion,” since it is really a sequence of still images – and went over different kinds of film stock. It also briefly covered the 3 phases of filmmaking: pre-production; production; and post-production, and the roles of various people during each phase (i.e. producer, director, cinematographer etc.). Also discussed was how films are sold and distributed to theatres, and then to ancillary markets such as television and video thereafter. The chapter also introduced the concepts of synergy and branding and outlined how they help studios promote and sell films to the public. Finally, there was a short section about animation which included a close reading of Duck Amuck, and an overview of different kinds of animation such as cell, stop motion, pixelation, cut-outs, puppets and computer imaging.

Week 2 – Film Form and Meaning, and the Classical Hollywood Narrative 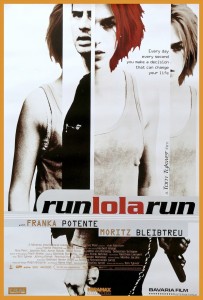 This week we focused on the difference between film form and content, and how they depend on one another. Film form can be summed up as “how a story is told”, whereas content could be summed as “what a story is about.” Form describes how a film is shaped into units which elicit reactions and/or emotions from the audience. A film must be edited, shot and presented in a particular way in order to elicit suspense rather than surprise, or humour versus fright. We also talked about how a film’s particular genre, along with its advertising campaign – trailers, posters – set up our expectations for a film before we even see it: for example, you go to a horror film expecting a far different experience than if you’re going to a romantic comedy. And our expectations are indeed formal: if you’re going to a horror movie, you have particular expectations about the lighting patterns (you expect a lot of shadows/darkness), the use of music to build suspense or shock, the kinds of shots used (horror tends to have a lot of point-of-view shots, for example).

We also started to talk about the narrative conventions of Classic Hollywood. We began with the 5 principles of form according to most mainstream Hollywood films:

The Batman Returns clip we watched was an example of similarity and repetition, and difference and variation. We watched the clip where Selena comes home from work, and the scene after she again returns home from the office after being “murdered” by her boss.

Finally, we looked at the 4 levels of meaning in film and applied it to Run Lola Run. The 4 levels are:

The 4 levels of meaning and the 5 principles of form were what was covered in the reading. 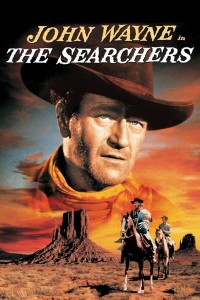 This week we were given a broad overview of the Hollywood studio system, looked briefly at each of the major studios (Paramount; Warner Bros,; 20th Century Fox; MGM; RKO) and the major-minors (Columbia; Universal; United Artists), and discussed how the studio system produced movies. We also talked about the 8 general characteristics of Classic Hollywood Cinema:

We then looked at The Searchers through these 8 characteristics and the 5 principles of form from Week 2. We also spoke briefly about how form and content contribute to a film’s “style.”

The reading basically covered the characteristics and went into detail about each. We also read a section about Westerns, their history and genre conventions. We read a short section about film style and how that affects its formal construction. 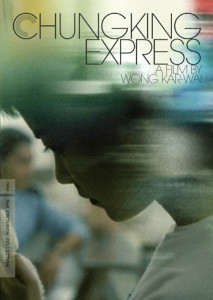 This week we looked at the mise-en- scène, which is basically comprised of everything put in front of the camera. The four elements of mise-en-scène are: setting and props; costume and make-up; lighting; and performance. We looked into aspects of each element and applied them to Le voyage dans la lune and Chungking Express (which is awesome, by the way, and if you ever get the chance to watch it do not turn it down).

The reading went into great detail about each aspect of the mise-en-scène as well.

We didn’t have a screening this week, instead we had a test. 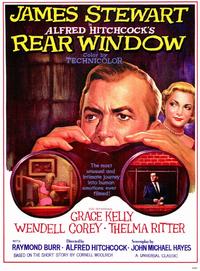 This week we took a look at cinematography, colour, and framing. We learned about different kinds of lenses (wide angle, telephoto, zoom) and focal length. We also discussed depth of field (how “deeply” the camera is focused in a particular shot), different aspect ratios, camera angles, levels and height. We also went into quite a bit of detail regarding shot scale: extreme close-up; close-up; medium close-up; medium shot; medium-long shot; 3/4 shot; long shot; extreme long shot.

We also discussed Rear Window‘s cinematography as a “closed world”, since the movie takes place entirely in a single apartment, and the various cinematography techniques used by Hitchcock to tell that story. 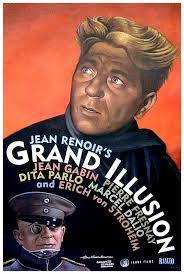 We continued learning about cinematography this week by focusing on different types of camera movements. We looked at tilt, pan, swish pan, tracking shots, crane shots, hand-held shots, and stedicams. We also discussed the difference between motivated and unmotivated camera movements and the various effects of camera movements: for example, to reveal or hide characters or objects, or show objects from a new perspective; the use of camera movement for their expressive qualities or as a motif in the film. We also talked about long shots/sequence shots, and looked at the opening sequence of Touch of Evil as an example. We also screened La Grande Illusion as an example of French Poetic Realism which had a particular penchant for long shots and long takes.

That wraps up the first half of term 1!

You can jump to any other section of the series here: Part 2, Part 3, Part 4